A giant animal or dire animal is a larger type of a real world creature. They often appear in fantasy role-playing games like Dungeons & Dragons, e.g. as monsters. The term dire comes from the dire wolf, a real extinct species of wolf that was larger than modern day varieties, and the name has since been used to refer to other giant animals in fiction.

Giant animals (as with any fantasy version of an animal) may or may not be more intelligent than regular animals. 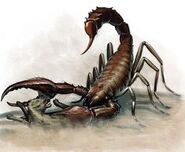 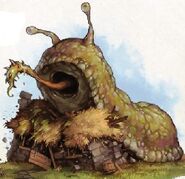 Giant slug
Add a photo to this gallery

Retrieved from "https://rpgmuseum.fandom.com/wiki/Giant_animal?oldid=13495"
Community content is available under CC-BY-SA unless otherwise noted.